​CNN: Understanding the Crisis #video - "Video of Sal on CNN on October 10th discussing the credit crisis and a potential solution to it."

​The Distraction Economy #video - "The development of technology has, over centuries, freed up more and more of our time making possible non-survival-related pursuits like art and science. Now it's gotten to a point where there is so much 'free time' that demand for distraction supports 24 hour news sites and YouTube channels. I'm proposing that following our impulses into constant distraction may not be the best way to spend our time. It may prey on weak points of our psychology that evolved hundreds of thousands of years ago and it may make us think less effectively. Now consider I'm making this argument in a YouTube video you may be using to waste your time. I know, how meta."

​The Economics of LEGO #video

​How Science is Taking the Luck out of Gambling - with Adam Kucharski #video - "From the statisticians forecasting sports scores to the intelligent bots beating human poker players, Adam Kucharski traces the scientific origins of the world's best gambling strategies."

​How The Stock Exchange Works (For Dummies) #video - "Everyday in the news we hear about the stock exchange, stocks and money moving around the globe. Still, a lot of people don't have an idea why we have stock markets at all, because the topic is usually very dry. We made a short video about the basics of the stock exchanges. With robots. Robots are kewl!"

​Million Dollar Shack: Trapped in Silicon Valley's Housing Bubble #video - "Our family has been priced out! Has the Bay Area gone crazy? Real estate prices have doubled in the last few years, a tent in the backyard can rent for $900/month, foreign investors are driving up prices, evictions and rent hikes are everywhere, people are commuting longer than ever, the middle class is disappearing, empty investment homes are everywhere, and locals are leaving in record numbers. The worst part? Some people are calling it "progress"."

​Overpopulation – The Human Explosion Explained #video - "In a very short amount of time the human population exploded and is still growing very fast. Will this lead to the end of our civilization?"

​What people miss about the gender wage gap #video - "It's more complex than women earning 79 cents for every dollar a man makes."

​Where Dollars Die and Are Reborn #video - "Turns out, your old cash has a very green afterlife. When money gets too old and worn out for circulation, it gets sent back to the Federal Reserve to be shred and turned into … compost? Yep. Million-dollar compost. Money may not grow on trees, but trees can grow from money."

​Why College is so Expensive #video - "College is expensive. Here's why."

​Worldometer - "Worldometer is run by an international team of developers, researchers, and volunteers with the goal of making world statistics available in a thought-provoking and time relevant format to a wide audience around the world. Worldometer is owned by Dadax, an independent company. We have no political, governmental, or corporate affiliation."

​The Dark Side Of The Singularity | Answers With Joe #video - "Or... How To Not Be A Horse. Automation and AI promise to usher in an era of amazing productivity and innovation. But they also threaten our very way of life."

​How To Survive Our Uncertain Future | Answers With Joe #video - "Could online communities create underground markets and economies that hold the key to surviving the upcoming technological disruptions? Let's discuss."

​Partnership, Purpose and Productivity | Sir Charlie Mayfield | RSA Replay #video - "The nature of work and employment is changing rapidly. In the face of an uncertain economic future, what steps do we need to take, and what new models do we need to build in order to ensure that everyone has the opportunity to engage in work that has meaning and value? ❡ Join us to explore the relationship between employee share ownership, business ethics and effectiveness with three leading figures: Stephen Bampfylde, founding chair, Saxton Bampfylde; Sir Charlie Mayfield, Chairman, John Lewis Partnership; and Sacha Romanovitch, CEO, Grant Thornton."

​The Rise of the Machines – Why Automation is Different this Time #video - "Automation in the Information Age is different."

​What would happen if we upload our brains to computers? | Robin Hanson #video - "Meet the "ems" -- machines that emulate human brains and can think, feel and work just like the brains they're copied from. Economist and social scientist Robin Hanson describes a possible future when ems take over the global economy, running on superfast computers and copying themselves to multitask, leaving humans with only one choice: to retire, forever. Glimpse a strange future as Hanson describes what could happen if robots ruled the earth."

​The Power of Incentives - How Games Help Us Examine Our World - Extra Credits #video - "Games are uniquely suited as a medium to teach us about how our world works. By emulating incentive systems and allowing the player to explore and make their own mistakes, games can change people's minds - in some cases, better than a sermon or lecture on the subject could. As a medium, games can both comment on our society and help us recognize faulty systems all around us."

​Prize-linked savings account #article - Wikipedia. "Prize-linked savings is the concept of using the chance to win a prize to incentivize personal savings. A prize-linked savings account or PLSA (also called a lottery-linked deposit account) is a savings account where some of the interest payment on bank deposits or marketing dollars are distributed as prizes based on chance. They are attractive to consumers as they function both as a sweepstakes or game of chance (as there is a chance of a large prize) and as savings (the deposit is never lost, unlike normal lotteries) vehicle. PLSAs are similar to lottery bonds except they are offered by banks, credit unions, prepaid card companies, and FinTechs, and can be held for a period of time determined by the consumer. Sometimes the returns are in-kind prizes rather than cash."

​The Blockchain and Us (2017) #video - "In 2008, Satoshi Nakamoto invented bitcoin and the blockchain. For the first time in history, his invention made it possible to send money around the globe without banks, governments or any other intermediaries. The concept of the blockchain isn’t very intuitive. But still, many people believe it is a game changer."

​How the blockchain is changing money and business | Don Tapscott #video - "What is the blockchain? If you don't know, you should; if you do, chances are you still need some clarification on how it actually works. Don Tapscott is here to help, demystifying this world-changing, trust-building technology which, he says, represents nothing less than the second generation of the internet and holds the potential to transform money, business, government and society."

​Why Blockchain Matters More Than You Think! #video - "The Blockchain and it's potential simply explained."

​Documentary : The renewable energy breakthrough! (finally). #video - "Finally after decades of research and development of renewable energy technologies, the price of electricity per Kw. (in 80% of the world) has become competitive with fossil fuel generated electricity. With no end in sight to the falling prices and wind power just slightly behind in production price, countries around the world are making the push to convert their energy production to renewables. Nowhere is this more evident than in China's aggressive push to modernize their entire energy production industry!"

​How Solar Power Will Empower the World #video - "Solar power is cheaper than ever and it will revolutionize the world."

​5 Bad Reasons to Ditch the Paris Climate Agreement #video - "I've heard a lot of reasons for withdrawing from the Paris climate agreement but none of them makes sense to me."

​Documentary : The renewable energy breakthrough! (finally). #video - "Finally after decades of research and development of renewable energy technologies, the price of electricity per Kw. (in 80% of the world) has become competitive with fossil fuel generated electricity. With no end in sight to the falling prices and wind power just slightly behind in production price, countries around the world are making the push to convert their energy production to renewables. Nowhere is this more evident than in China's aggressive push to modernize their entire energy production industry!"

​DRAFT: Think Locally, Act Globally; or, Invisible-Hand Environmentalism - "Suppose we have a global problem that we need everyone to pitch in and help with. It involves massively complicated calculations and tradeoffs. What if there were a way we could break those calculations apart so that each person could solve a bite-sized piece that involved only themself? This is the miracle of the Pigouvian Tax."

​Going green shouldn't be this hard #video - "Going green does not need to be a sacrifice, either for us as individuals or for businesses, governments and the economy."

​How Solar Power Will Empower the World #video - "Solar power is cheaper than ever and it will revolutionize the world."

​The future of the car industry | The Economist #video - "Ride-hailing apps such as Uber, Ola and Lyft are not only challenging taxi drivers around the world, they are also disrupting the car industry as a whole as people prefer to hail a ride than buy their own set of wheels."

​Why Trains are so Expensive #video

​Basic income, explained #video - "We know how to end poverty. So why don't we?"

​How we'll earn money in a future without jobs | Martin Ford #video - "Machines that can think, learn and adapt are coming -- and that could mean that we humans will end up with significant unemployment. What should we do about it? In a straightforward talk about a controversial idea, futurist Martin Ford makes the case for separating income from traditional work and instituting a universal basic income." 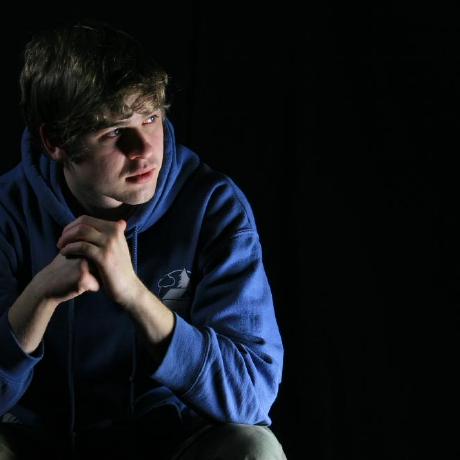